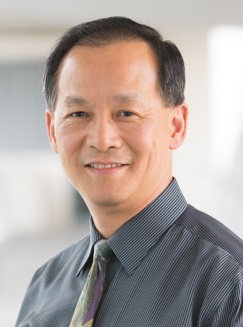 Larry Lam is a trainer in the areas of financial investigation, anti-money laundering, forensic accounting, and investigative data analytics. He has devoted ten years as an Adjunct Associate Professor at the National University of Singapore from 2010 to 2020 lecturing on the subjects of Forensic Accounting, Fintech, and Investigative Data Analytics. His clients include banks, other financial institutions and law enforcement agencies in Asia.

Between 1998 and 2008, he was, consecutively, the Senior Vice President, then Executive Vice President and Chief Auditor of two large Banks in Singapore where he headed a team of over 200 auditors posted in various countries in Asia.

In a span of 25 years of his auditing career, Larry had conducted over 100 investigations, and as a result, 21 people were imprisoned for the crime they committed with one served a 20-year sentence in Singapore. Besides the traditional footwork of investigation, he leveraged on data analytics in detecting and solving many of the cases.

Prior to relocating to Singapore, he held audit management positions at the Stanford University, University of California and Coopers & Lybrand’s office in San Francisco. Before that, he spent 3.5 years as a programmer/analyst developing and maintaining financial systems for Walt Disney Productions at its headquarters in Burbank, California.

Larry earned a Bachelor’s degree in information systems and a Master of Science in Business Administration degree specializing in IT Auditing from the California State Polytechnic University. He was one of the first four individuals to have earned such a master degree through this pioneer program in the United States. Larry is a Certified Public Accountant (California 71555) and Certified Information Systems Auditor (8606368).

He was a voting member for six years and now an honorary member of the International Banking Security Association (IBSA) where he networks with ex-law enforcers/federal agents now heads of corporate security, investigation, audit or anti-money laundering functions in some of the largest banks in the world. Larry was the President of the Singapore Chapter of Information Systems Audit and Control Association (2008 – 2010) with over 2,000 members in Singapore and 140,000 members worldwide. He served on the Advisory Committee of the School of Business and Accounting of Ngee Ann Polytechnic in Singapore from 2003 to 2017. From May 2017 to March 2019, Larry was first appointed as member of the AML Expert Panel of Singapore’s Wealth Management Institute and subsequently engaged as AML domain knowledge expert in an AI/Machine learning research project.

Get our newsletter delivered to your inbox monthly

Blog posts, webinars, tips and more! Make sure you don’t miss out by signing up for our newsletter.​

SEND ME THE NEWSLETTER