XS Control Asia > Who we are

XS Control Asia was founded as Integrc Asia Pte Ltd in January 2012 as a 100% subsidiary of Integrc Holding, with corporate shareholder and CSI founder Marcel Huijskens as local director.

After a management buyout in September 2013, the company changed its name to XS Control Asia. Marcel continued its business as an independent boutique consulting firm, specialising in SAP access governance, risks and controls. Since its inception, XS Control Asia has expanded its operations across Singapore, Malaysia and Thailand. 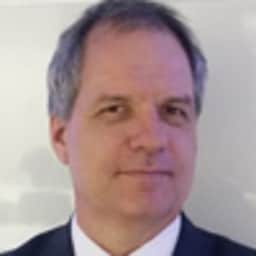 Hailing from the Netherlands, Marcel Huijskens (1960) started his career in financial audit, obtaining his public auditor certification in 1987. In the following years, Marcel began specializing in IT auditing. He obtained a post-academic degree from Amsterdam Free University in 1989.

Throughout his career, Marcel has continued to be primarily a practitioner of audit and control-related advisory services. In the early 1990s, he started focusing on SAP application environments and has never looked back. From 1996 to 2008, Marcel headed the CSI software company, which produced a set of tools used to automate the assessment of SAP user access and segregation of duties.

As Managing Director of XS Control Asia, he leads the delivery of the company’s specialized services, assisted by a dedicated team of experts, all with a strong background in SAP consultancy and/or audit.

From his base in Singapore, Marcel regularly provides presentations, training sessions and workshops on SAP risks and controls around the world.

It is our mission to help you understand where you are in your journey and how you can get to where you want to be. We work closely with you to tailor our approach and solutions to your organisation, business and risk profile.

But – Why us, and not other SAP access specialists?

Get our newsletter delivered to your inbox monthly

Blog posts, webinars, tips and more! Make sure you don’t miss out by signing up for our newsletter.​

SEND ME THE NEWSLETTER